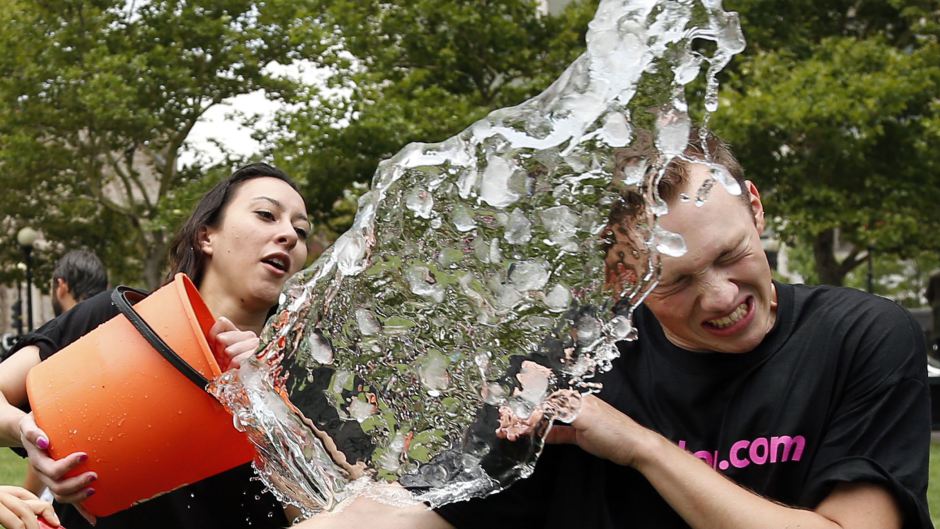 Last week, Ashley Smith issued the “Ice Bucket Challenge” to the LCC Staff, and this Sunday, Billy, Beth, Kevin and I are going to get doused. You will want to be there at around 10:20am to see it happen.

However, I also want to take this opportunity to share a few thoughts about the Ice Bucket Challenge.

The current and most popular version of the Ice Bucket Challenge is described here: http://www.alsa.org/fight-als/ice-bucket-challenge.html

And a brief history of it is described in this video:

Now, ALS is a terrible disease, and I truly hope that the money raised through this program serves to help people find cures and treatments, but I also have a few concerns about it.

I was first alerted to a problem with the Ice Bucket Challenge when I learned that the ALSA, the primary ALS Research organization receiving funds from the challenge, is not averse to doing research with embryonic or fetal stem cells. I can’t go into all the detail here, but these stem cells come from the destruction of otherwise living human babies. Regardless of how “underdeveloped” the fetus may be, I can’t support the destruction of any human life for the sake of research.

Now, the ALSA is not the only organization doing research into ALS, and Kevin pointed me to this article discussing the details of how to make ethical donations toward the ALS fight, but just today, I came across this article discussing an aspect of the challenge I had not considered before (it’s also where I got the image shown with this post).

Something about us humans…

Apparently, psychologists have documented a disturbing trend among us human beings: When we think that others may consider us altruistic, or when we feel like some good deed of ours has become known, we then give ourselves the private excuse to do fewer good deeds in the future.

According to the article, therefore, at best, viral charitable events like this cannibalize money that would have been given by donors to organizations they cared about. Instead of giving money to the organization they care about, they give twice that amount to another organization that is the hot button issue of the moment.

At worst however, the donors feel so good about their gift that it takes them longer to make any donation to any other cause. In short, the organization they really care about goes hungry while the viral organization of the moment gets fat, all the while the donors pat themselves on the back.

Our sinfulness finds all kinds of ways to rear its ugly head.

What I’m Doing About It

For we are God’s handiwork, created in Christ Jesus to do good works, which God prepared in advance for us to do. — Ephesians 2:10 NIV

When I read these words, I’m reminded that my purpose on earth has always been to represent God well, and God’s purpose in saving me was to call me, equip me, and empower me to do those “good works” as his representative. So the bottom line is that I should be striving to increase my “good work” capacity and effectiveness FOR HIM whether you ever find out about it or not.

Toward that end, I want to claim this Ice Bucket Opportunity to accomplish a few things.

And I challenge you…

I will not be using the Ice Bucket Challenge to challenge anyone else to do the Ice Bucket thing. Instead, I’m simply going to challenge you, my church, and my Facebook friends to do good and give money based on unchanging principles and commitments rather than the whims of social media.

And if you don’t already have a giving plan, let me suggest these two: