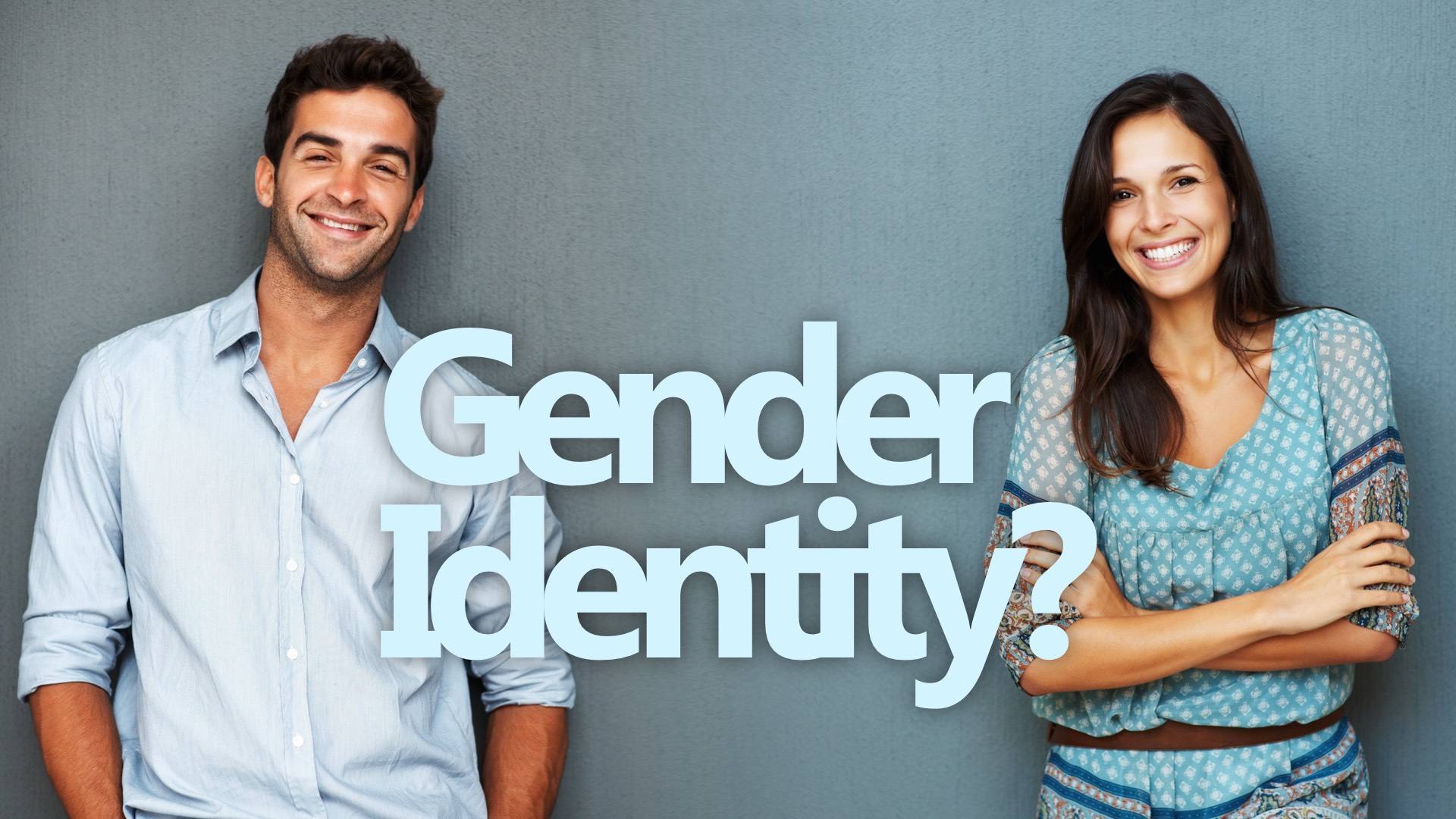 The Ordinance contains the following language:

“Discrimination” means any difference in the treatment of a person, including exclusion or segregation, because of race, sex, religion, color, sexual orientation, handicap, familial status or national origin.

This chapter is enacted by the Common Council to provide all of its citizens equal opportunity for employment, public accommodations, and housing.

This chapter is for the purpose of seeking to end discrimination. The city will encourage and promote mutual self-respect and understanding of each other by all groups in the city and promote the guarantee of equal rights to all citizens as afforded by the ordinances of the city, the laws of the state, and the Constitution of the United States. (‘71 Code, § 2-63) (Ord. 68-21, 7-l-68; Am. Ord. 92-33, 11-2-92)

Last night, the council met to decide on adding an amendment to the Ordinance that redefined discrimination to be this:

“Discrimination” means any difference in the treatment of a person, including exclusion or segregation because of race, sex, religion, color, sexual orientation, handicap, familial status, national origin, gender identity, age or veteran status.

“Gender Identity” means an individual’s gender related to self-identity, self-image, appearance, expression, or behavioral characteristics regardless of whether it conforms to traditional definitions associated with the individual’s assigned sex at birth.

Since I am currently serving as the president of TEAMM, our local association of pastors and ministry leaders, I felt an obligation to go to the meeting and speak up. There are two reasons I wanted to speak:

Secondly, I wanted to provide a perspective that was not based on fear or end-of-the-world thinking. Christians often speak about issues like this as if they will destroy our society or as if this change will somehow give bad people a license to be even more bad. (Ironically, non-Christians use this same approach against Christians. “Religious freedom laws will give Christians the license to be even more hateful.”) However, I don’t think “I’m afraid” is a good reason for making or opposing laws.

Therefore, I brought to the meeting a statement that I thought was rational, conservative, and Christian without being focused on biblical teaching or fearful thinking.

Please be gracious and considerate of others in your comments.

I’m Jeff Mikels, the founding pastor of Lafayette Community Church and the current president of a local association of churches called TEAMM.

I want to start by expressing my gratitude to the City Council and the Human Relations Commission for their efforts to make sure the city we share is characterized by love and a commitment to human dignity.

I further want to affirm the heart behind the Human Relations Ordinance.

I want to live in a society that views every human life with equal dignity, so I regret that we have laws granting special protections for special categories of people.

But because we don’t yet live in the ideal society, I recognize the value of granting special protections and benefits to those who have been marginalized by society.

It’s because of the civil rights movements of the past that my wife enjoys the freedom to work and be the primary breadwinner in our home, and it’s also because of those movements that I have the privilege of working alongside Pastor James Foster and the other members of the Pastor’s Alliance without fear of societal repercussions.

Ordinances and laws granting special protections for women and minority ethnicities have improved our society, and I’m grateful for the civil rights movements of the past.

However, the issue we face today, the suggestion that we grant special protected status to people struggling with gender identity is not a civil rights issue, and it will undermine at least one aspect of the civil rights movement.

To fully recognize gender as an identity one may adopt and not a biological reality one receives is not the next step in our journey as a culture. It is in fact a road we should not go down.

I have four brief reasons, and only the final one relates to my religious beliefs:

First, to fully embrace gender as an identity will be a step backward for women’s rights.

As a child, I remember Tom Hanks entering the world of television with Bosom Buddies. It was a show about two men who could not find an apartment in their city because the only apartment they could afford was in a building that only allowed women residents. Therefore, these men dressed up as women and got the apartment. This was the foundation of the comedy of the show, and I thought the premise was quite funny!

I don’t think it’s funny anymore. The show made light of two white men getting an apartment that was supposed to be for women. Two white men stole a societal benefit designed for women and we laughed at it.

Of course, those are movies. Those stories don’t happen in real life because the social stigma of a man pretending to be a woman outweighs the potential benefit he might receive.

Well, times have changed. Recently, a rich white man told the world that he wanted to be known as Cait, and the feminist magazine Vanity Fair put him on its cover. It’s ironic that the number one woman in the news this last year was not our first lady but a rich white man showing the world that to be a woman means being tall, thin, and willing to have plastic surgery.

Actually, I do not question the anguish Bruce Jenner faced in life leading up to his transition. I’m sure he was in turmoil, and in so many ways I feel bad for him, but his story still proves my point:

If we embrace gender as an identity it will not benefit the person who transitions as much as it will remove opportunities for the women who don’t.

Embracing gender as an identity is anti-feminist.

Secondly, embracing gender as an identity cannot practically be done while maintaining other laws on modesty and employment.

Imagine the community center that is hiring a lifeguard. One of the candidates for the position is a biological woman who identifies as a man. She possesses all the skills for the job, and so she gets the job. What outfit does she wear on the job? If she wears a woman’s bathing suit, that will be going against her gender identity. However, if she wears a pair of men’s trunks, that will break a number of modesty laws.

It is no small stretch to take this same logic into the locker room or even the ordinary bathroom. Laws enforcing public modesty, and laws protecting people against voyeurism are stripped of their power once we embrace gender as an identity.

Because we love transgender people, we might want to add a provision like this to the Human Rights Ordinance, but there are many ways in which such a provision is just not practical.

Thirdly, embracing gender as an identity is not logically or scientifically defensible.

It is true that there are some rare cases of biological hermaphroditism or cases where a person possesses an indeterminate gender either by their anatomy or their genetics, but the aim to classify gender as an identity goes beyond those rare scientific cases. Furthermore, gender identity is not identified in current psychological research as a disorder and therefore it cannot be diagnosed. What we are left with is the plain fact that gender identity is something that a person adopts for him or herself, and it is not logical for us to create a protected class if a person can choose their way into or out of it.

It is logical and noble to wish to protect the people who struggle with their gender identity, but is not logical to create special protections for people simply on the basis of the behaviors they adopt.

Since I wrote this statement and read it last night, I have actually come across some research indicating there may be some scientific basis for transgenderism. A specific brain structure is often different in men and women, and in some transgender people whose brains have been scanned, their structures aligned more with their identified gender than with their birth gender. Furthermore, I have also learned that “gender dysphoria” is still in the DSM, the standard text of the American Psychiatric Association and is still used as a diagnosis before gender reassignment therapy or surgery is done.

Therefore, I need to do further thinking on this part of the issue, but at this stage, I don’t think it changes my argument too much. I still maintain that a man with gender dysphoria should view himself as a biological man with strong feminine tendencies (and there be nothing wrong with that) rather than viewing himself as a woman trapped in the wrong body. That is, I still maintain that a personal choice is involved when a person “identifies” as a gender that had not been identified at birth.

Now, back to my statement as it was written and delivered.

Finally, as a pastor, I want to recognize one religious concern touched on by this issue.

But I fear that the decisions of this council may undermine the very value I place on submission to authority. I was born into this world unable to select my parents, so I lived in submission to them and to the fact that they were my parents.

I was born into this world unable to select my God. There is only one God, Creator of heaven, of earth, and of me, and I must live in submission to Him no matter what that means.

I was born into this world unable to select my gender, so I live in submission to it and to both the blessings and responsibilities it affords.

To allow a person the freedom to select their gender identity… to encourage a person to select their gender identity is to identify one more part of life that no longer needs to be in submission to nature or nature’s God. To embrace gender as an identity is to affirm once again that you are your own person; you are what you make of yourself; you can be anything you want to be; and you should live how you feel.

Those are the values of our society, but they are sadly harmful and impossible, and they further distance people from the God who made them and loves them.

So in conclusion, if you decide to extend the protections of the HRO to include gender identity, then I ask for you to change the final paragraph.

I am grateful for the provision for religious organizations when it comes to employment, but it doesn’t go far enough. It must cover the one remaining part of our society where biological gender still matters… Public bathrooms in churches and also in businesses who value the beauty of biological femininity.

Please feel free to comment, but also please grant me grace as I’m attempting to navigate this deeply personal issue with love for those who struggle and submission to the teachings of my God.